With a history steeped in revelry and glamour, CEO and Creative Director Marie-Louise Sciò discusses how she transformed two of Tuscany’s most esteemed summer sites into contemporary, multi-generational destinations.

This article originally featured in The Journal Issue No.12. View online here.

Marie-Louise Sciò’s childhood was far from typical. Set against a backdrop of Mediterranean vistas and old-world Tuscan charm, half her youth was spent at the iconic Hotel Il Pellicano and 17th century villa, La Posta Vecchia.

Recalling time spent hiding in the trees spying on guests, little did she know that that keyhole into the lavish lives of Golden Age icons and distinguished hospitality would become a uniquely personal point of reference for years to come.

Fast-forward a few decades to today, where Marie-Louise is The Pellicano Group’s Creative Director and Manager, a role she’s brought her inimitable experience and undisputable style to for the past ten years. Stepping into the position she has been tasked with the significant responsibility of restoring the properties to their former glory, without losing the history and charm that permeates the hotels’ fabric. 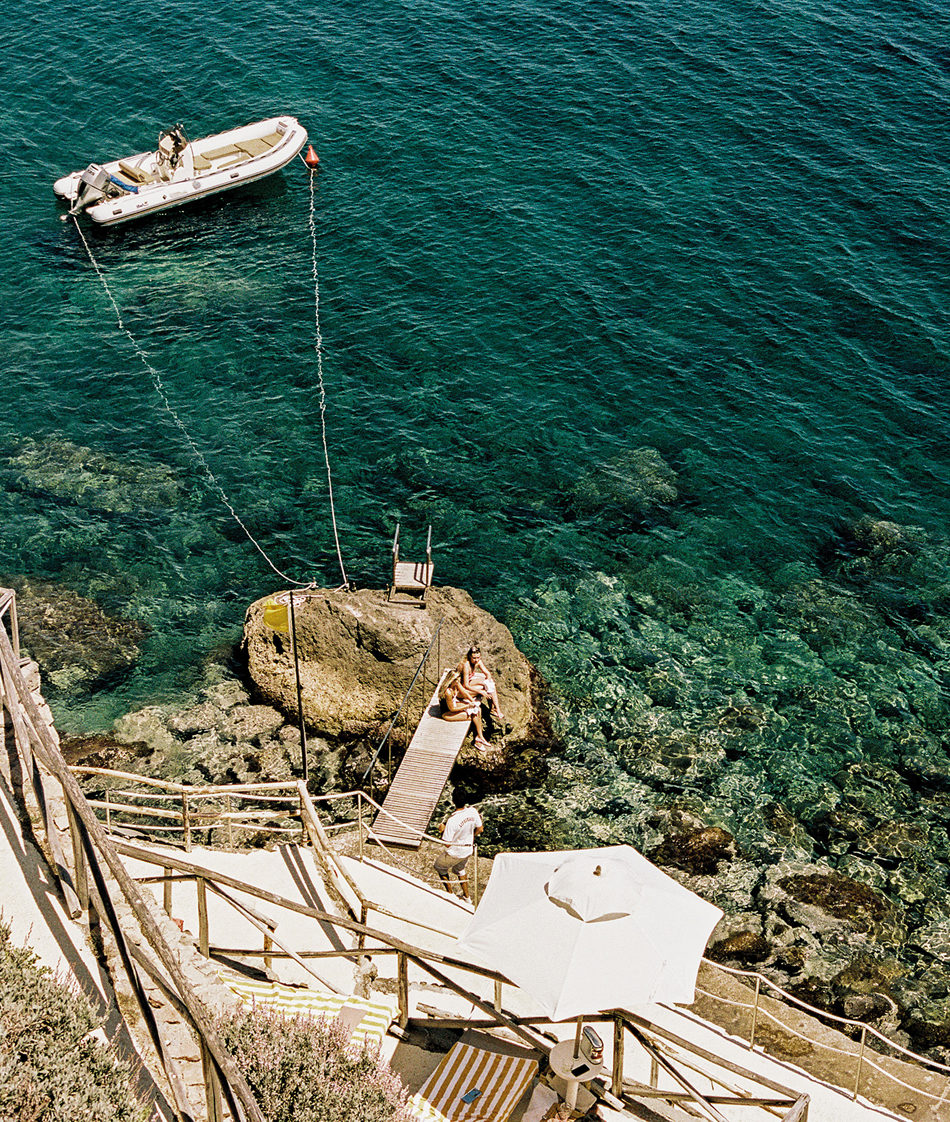 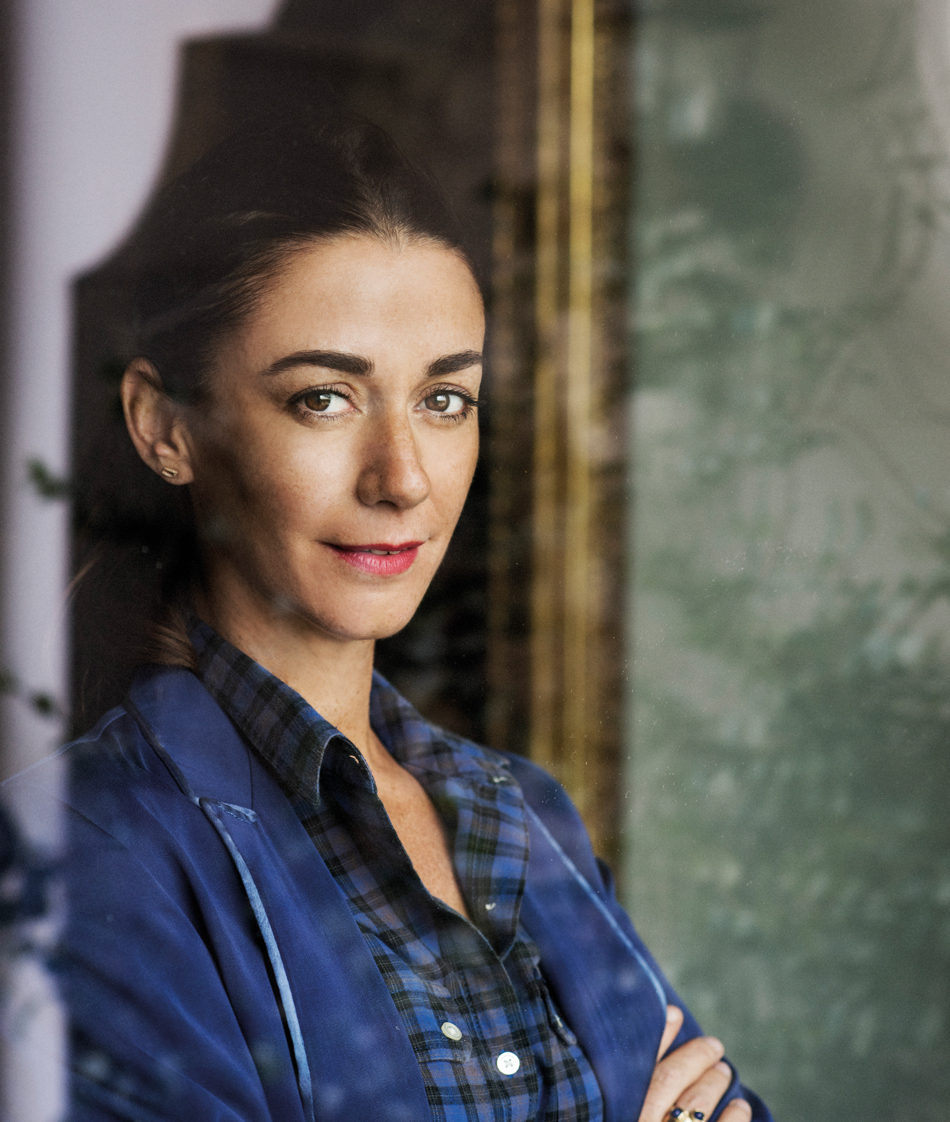 Your father purchased the legendary Hotel Il Pellicano in 1979. What are your earliest memories of the summer hotel?
Running around and hiding behind the bushes, spying on all the guests – it was like looking into a magical world.

Since opening in 1965, Hotel Il Pellicano’s look and feel remained relatively untouched until you stepped in. What prompted the repositioning and how did you do it?
I wanted to preserve the soul of the place and express its history and DNA. That of a summer home, chic but not pretentious. That’s how I remembered it and that’s what dictated the design approach. I did want to make it contemporary without losing its past so the mission was to create a dialogue between past and present, making it current without stepping over history.

“The mission was to create a dialogue between past and present, making it current without stepping over history.”

Tell us about the book Hotel Il Pellicano: 50 Years of History
I love that project. It happened by chance really. I was looking at Slim Aarons’ pictures to reference them for the interior design of the hotel, but then I found such an amazing archive of photography that the only thing to do was a book! We also had an amazing archive from John Swope, and then came Juergen [Teller] so it just felt like the right thing to do. The book covers three different eras of the hotel.

How do you think your upbringing and background in architecture influences the way you approach the group’s creative direction?
Having grown up in both hotels certainly sees my creative approach treating them as though they’re home – taking care of every detail as if they actually were. Being around clients and seeing it through their eyes also gives me another perspective while studying architecture has been fundamental in translating that to design details.

Today’s accommodation value dives beyond the façade and into the detail. What subtle but profound transformation(s) at Hotel Il Pellicano are you most proud of?
Having changed the hotel completely but keeping its spirit and soul. Curating every single little detail from the book and film library to the graphics of the signature scent and towels; pretty much everything is chosen and selected with the upmost care. Today it’s a multigenerational hotel and I’m very proud of that!

Also part of the Pellicano Hotel portfolio is La Posta Vecchia. Could you tell us about the history of the luxury 17th century villa?
The original villa was built by Prince Orsini in 1640 on top of the remains of an ancient Roman city called Alsium. The Orsini family, who owned the Castle next door, needed a place for friends to stay when visiting so the villa went on to hold the function of a traveller’s lodge.

After being partially destroyed by a fire in 1918, it was bought by Jean Paul Getty in 1960 who, alongside art historian Federico Zeri, restored it to its original splendour, adding unique furniture from the 15th and 17th centuries and precious artwork acquired from royal homes around the world.

During Getty’s restoration, a Roman villa dating back to the 200 BC was revealed. First in the gardens, where the ruins remain open to nature and our guests, then beneath the Renaissance foundations. The Archaeological Authority carried out excavation work discovering ancient walls, colourful mosaics, African and Greek marble as well as an array of plate, amphorae and ampules. Today our guests have a private view of these valuable discoveries in La Posta Vecchia’s museum on the lower ground floor.

The villa’s recent history began in the 1980s when my father Roberto Sciò purchased it. It was a private residence until 1990 when it returned it to its original function of hospitality. 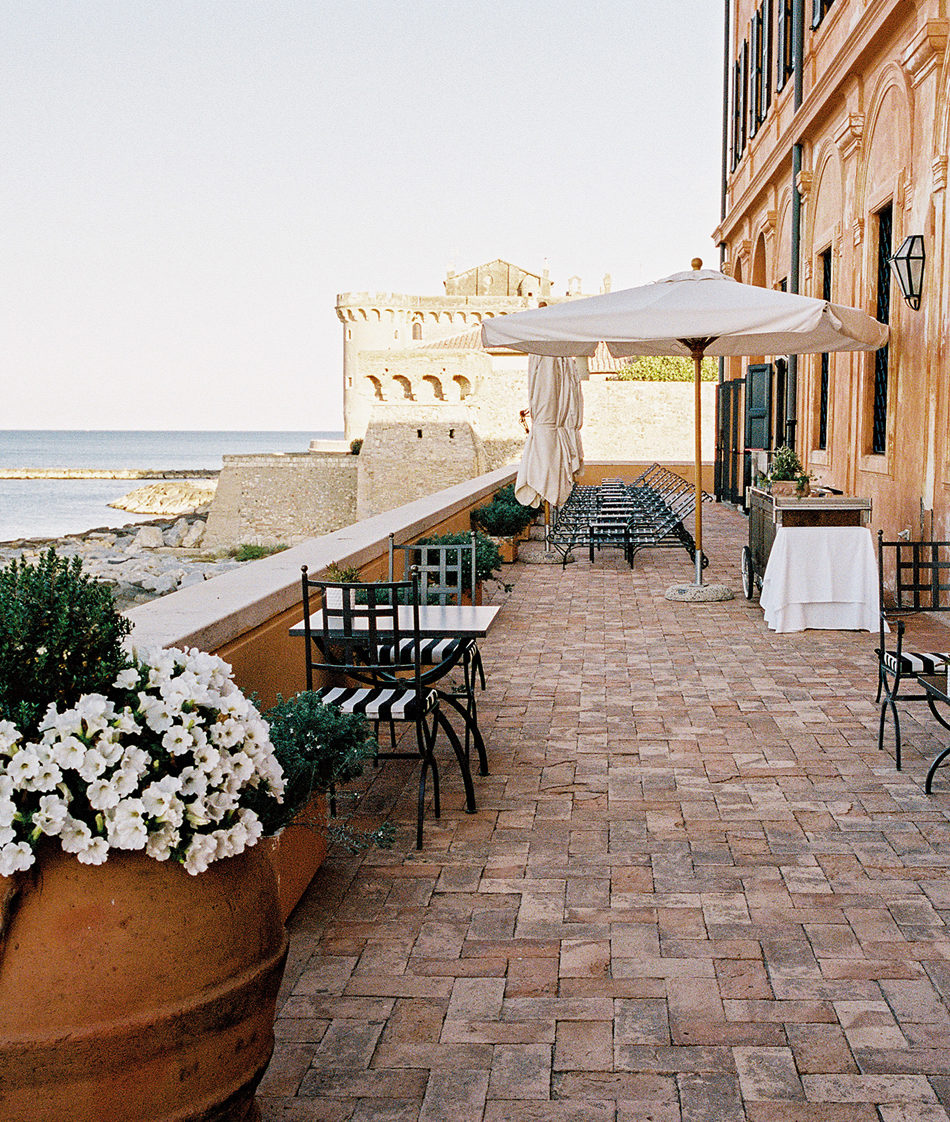 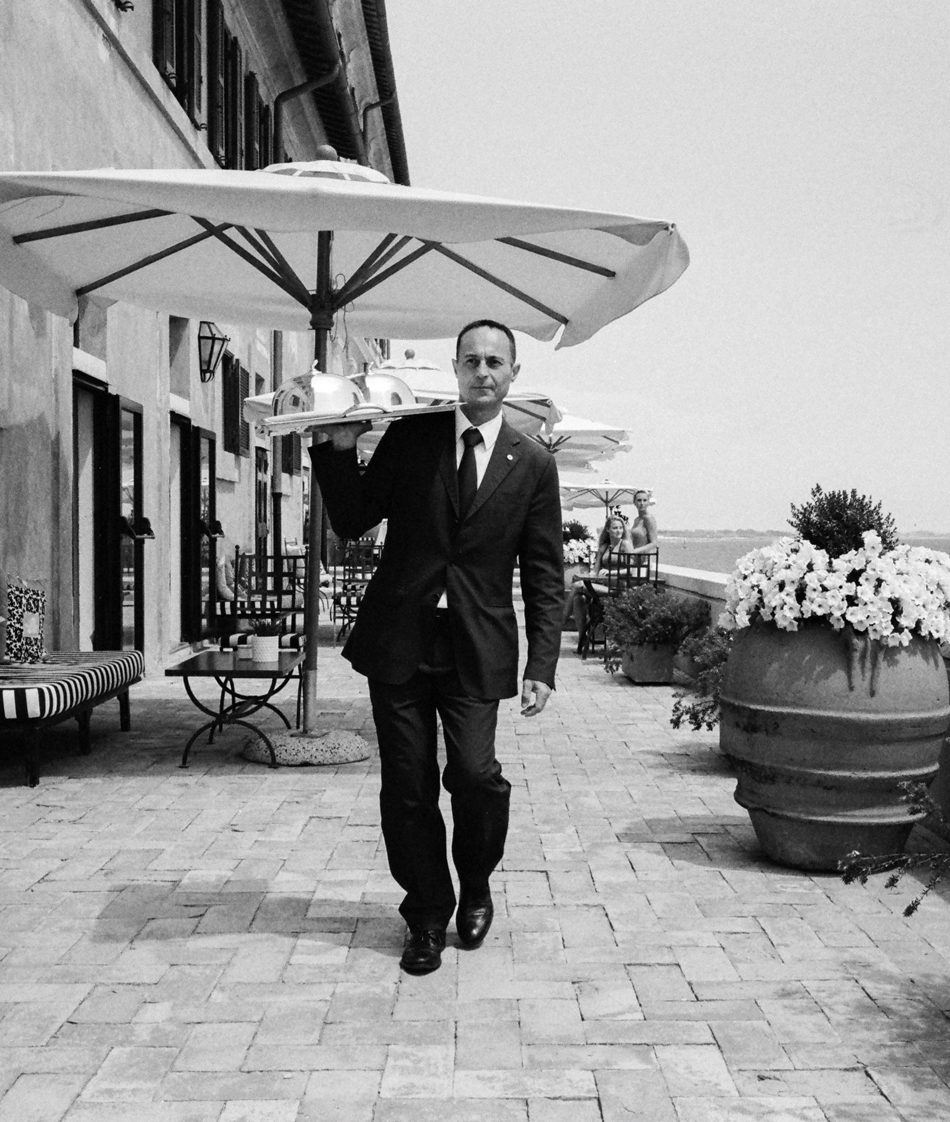 Service on the terrace

Tasked with helping return the villa from private residence to its original function of hospitality, how did you maintain its history and integrity while giving it a contemporary touch?
Through the little details that make up the hotel experience. The curation of the senses through graphics, scent, visuals and music. It’s like a recipe – you have the main ingredients then you need a pinch of this, and a pinch of that. In this case they were all there, they just need to be “dusted” and made more accessible.

You’re a strong believer that the details are the crux of any hotel’s soul. What details from past travels have remained etched in your memory?
A hotel I stayed at knew I loved music. On arrival I found the best set of headphones and a vodka soda in my room.

Hotel Il Pellicano, La Posta Vecchia and beyond, where does your inspiration for each project come from?
So many different things. I’m very curious and I try to learn and enrich myself daily as anything really is an inspiration.

What’s the most valuable lesson you’ve learnt along the way?
Definitely don’t be in rush.

Master suite at La Posta Vecchia, all by © Stephen Ringer