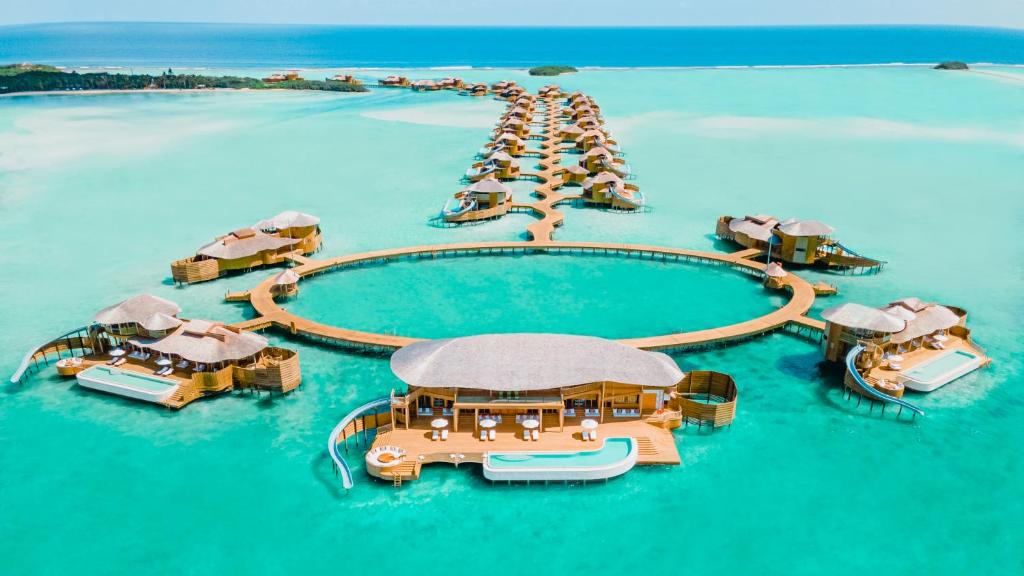 If you are looking for white sands, palm trees, and exotic corals, The Maldives is must-go location for you.

Read below for a snapshot of these tropical archipelago islands.

Although the Maldives is mostly famed for its white sandy beaches, pristine waters, shady palm trees and exotic corals beneath the surface, it is steeped in a rich history that dates back more than 2,500 years. During the second century the island became a stopover for Arab merchants, who nicknamed it ‘the Money Isles’, due to the valuable cowry shells that covered the shores – an early form of currency. Over the years this richness has continued to grow and now the Maldives attracts tourists all year-round, having gained a ‘bucket-list’ reputation, especially renowned for being a sought after Honeymoon destination. Malé is both the capital of the Maldives and the ancient Kings Island, where royal dynasties ruled from the walled city. Today, a densely populated metropolis, many significant monuments to the past remain.

The Maldives is a tropical archipelago lying on the equator, comprising almost 1,200 islands, only a fifth of which are inhabited. It is rich with wildlife, and across the islands and remote fringes, you will find fractured remnants of ancient volcanoes which have given rise to spectacular biomes and diverse ecosystems. The richness and variety of marine life across the Maldives attracts many, with dazzling coral walls, encompassing caves, and schools of multi-coloured tropical fish, often within such warm waters that a wetsuit isn’t necessary. Some of the best places to spot sea creatures, be it by snorkeling or deep sea diving,  are at the Baa and Ari atolls, and the Maaya Thila dive site where friendly reef sharks, manta rays, sea turtles and barracuda are among a few of the local guests.

Every resort in this awe-inspiring country is its own private island, many accessible only by two-engine seaplane, taking guests on an incredible flight guaranteeing unrivaled views. Spa treatments are part of what makes the Maldives the perfect destination to unwind and relax, and there is no better way to feel rejuvenated than by spending a day at one of the plush spas. 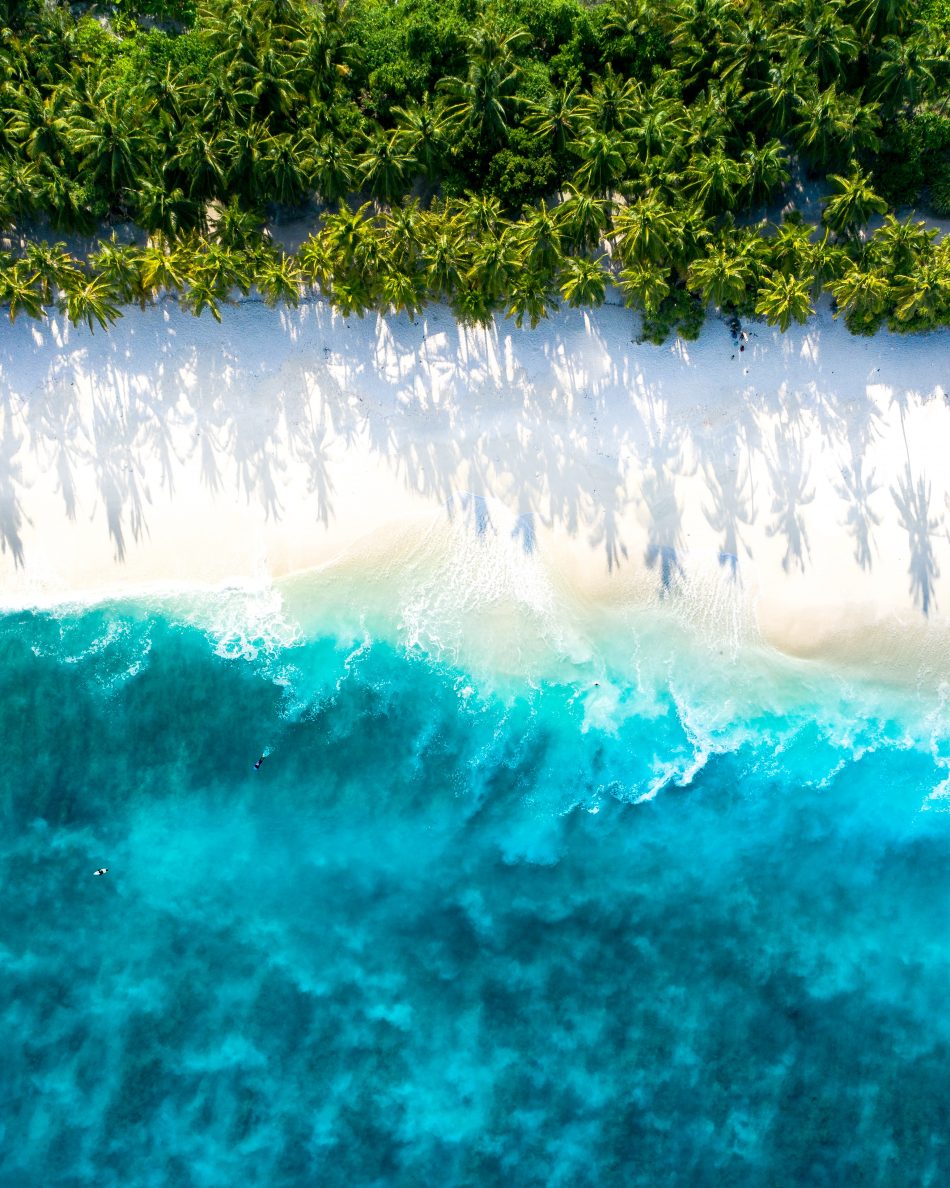 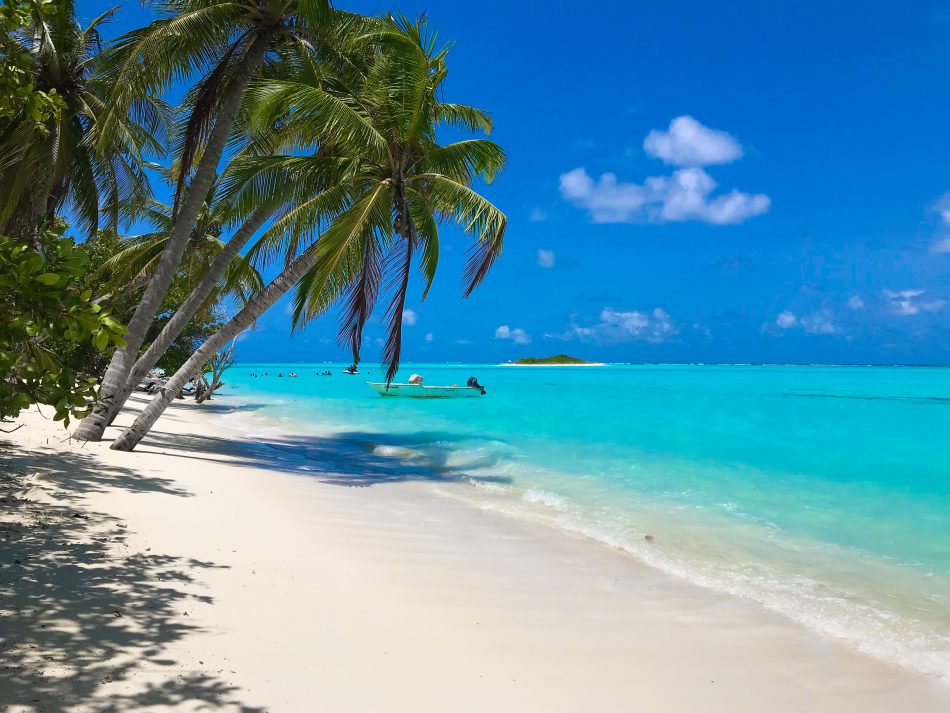 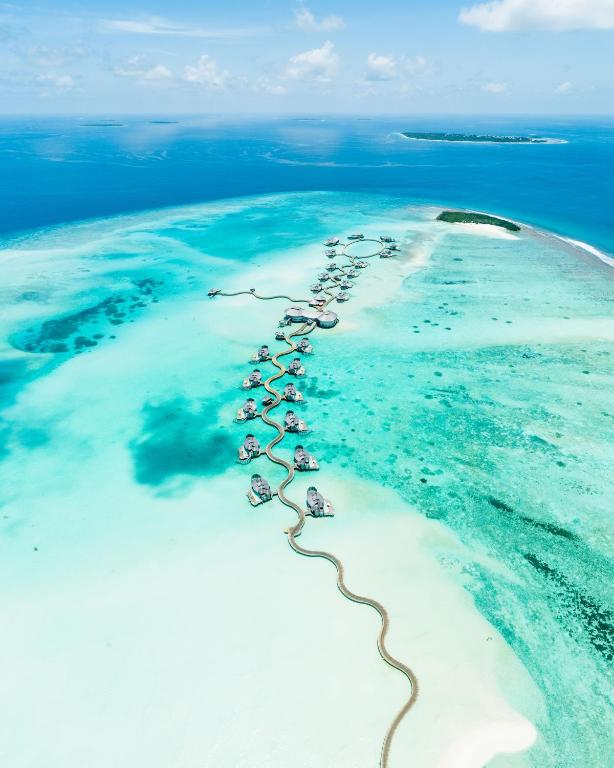 One hotel that places a great significance on wellness and relaxation is Soneva Jani, the third of the renowned Soneva properties. Redefining luxury travel, and with sustainability at its core, the pioneering Soneva team were the first to introduce over-water villas to the Maldives. Soneva Jani is made up of five little inlets in the Noonu Atoll, nested within tranquil waters with panoramic views out across the ocean. As one of the world’s lowest density resorts all villas are designed to offer maximum space, privacy and unforgettable views.

With two accommodation styles to choose from, Water & Island retreats all come with private pools and most with waterslides into the lagoon and retractable roofs over the bedroom. The Water & Island reserves, slightly bigger than the retreats, are located steps away from the beach and have private pools as well as expansive indoor and outdoor living spaces. The scales of the villas are breathtaking, built using wood from sustainable plantations and crafted in great sweeping curves, some even featuring ladders leading into the Indian Ocean and portholes in the floors to reveal the marine life below. Soneva Soul is the signature Spa, spanning two separate wellness complexes, the original over-water Spa, and the newly added Island Spa. The dedicated spaces include a yoga pavilion, and meditation platform, commanding views across the turquoise lagoon, as well as open-air treatment rooms and relaxation areas.

Dining is (arguably) one of the best parts of Soneva, with multiple independent restaurants. Breakfast, lunch and dinner are served at the ‘Gathering’, a casual open-air space housed within the main building on Medhufaru Island. ‘So Wild by Diana Von Cranach’ is a Plant-Based South Asian Fusion for the health conscious, and there are many other options ranging from al-fresco beach dining and private halls. ‘Overseas’ by critically acclaimed Swedish chef Mathias Dahlgren, creates an inspiring menu from organic fresh produce straight from the sea.

Soneva is full of signature experiences and adventure activities, be it planting corals with their Marine Biologist, exploring the atoll’s best reefs with experienced dive masters or relaxing at the iconic Silent Cinema Paradiso, an open-air cinema suspended over the water. At certain times of year guests can even get a glimpse into the lives of some of the Maldives sea turtles, and see a mother turtle lay her eggs in the sand or tiny hatchlings making their way into the ocean. There are a multitude of water sports on offer, with kayaking, paddleboarding, windsurfing, kitesurfing, and many others all being complimentary. Soneva is a haven for families, home to ‘The Den’, the largest children’s zone in the Maldives, and there is an ever-changing weekly programme of activities and experiences to keep children of all ages entertained, from ziplining through a waterfall to taking a turn at the DJ booth.

The most unmissable experience (in our opinion!) has got to be the sunset dolphin cruise, where guests will get to enjoy an out-of-this-world experience, watching playful dolphins as the sun sets across the Indian Ocean and sky turns shades of pink and purple. Cruise into deeper waters while indulging in sparkling wines and canapes, all while keeping eyes peeled for dolphin sightings, and even sometimes manta rays. It is all of this, plus so much more that make the Maldives a destination that should be on everyone’s list, and with a range of great offers from now through to the end of the year, there is no better time to start planning! 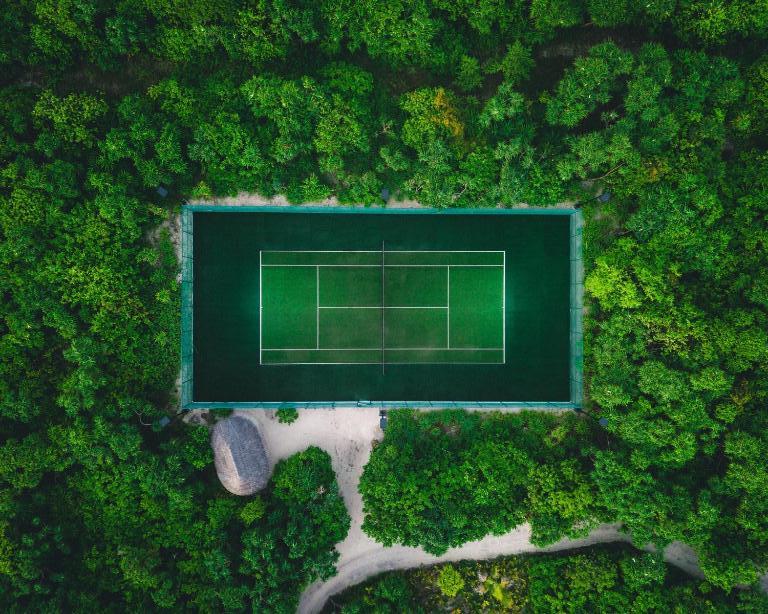 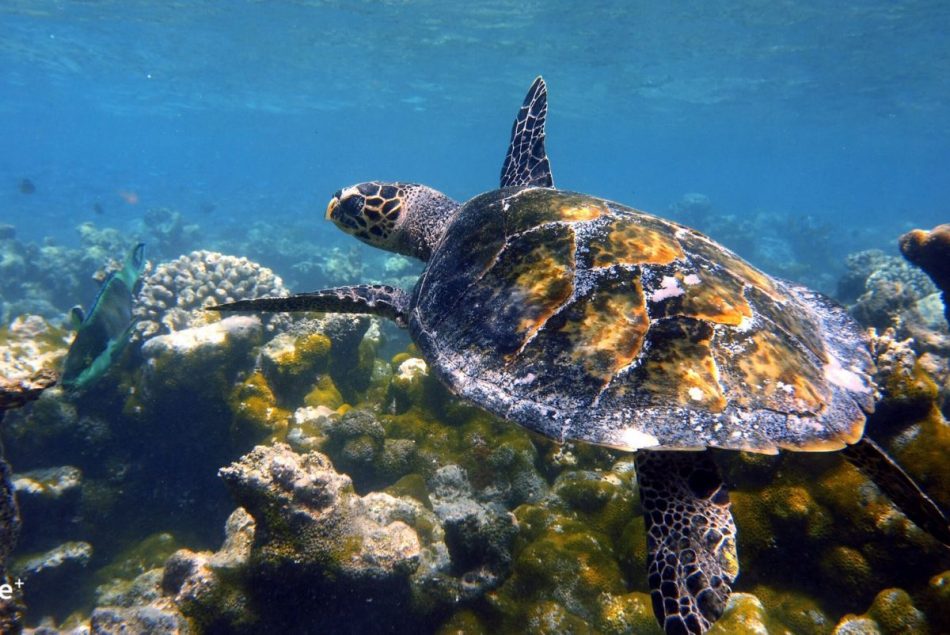